When this blog was resurrected (Happy Late Easter) I had big plans for a post. That certain post may still happen so I won’t spoil it, I’m sure my mere mention of said post is causing people to sell off their Avengers: Endgame tickets for this weekend, opting to sit in front of a computer screen in anticipation instead. It’s been a long time since I’ve written about sports as I’ve focused on writing about other things recently. Fortunately, this should come back to me like riding a bicycle. Speaking of, I took my bike out of the garage the other day and was going to go for a short ride. I hopped on, pedaled a few times and then almost fell of immediately. My bike was walked back to the garage and I went inside.

The Mariners have been the subject of the Good Guys (although it’s really only been Matthew so far as the rest of us watched in shock) getting back together. I don’t want to speak for Matthew, but writing about baseball has always come easier. I think both of us care most about the Huskies, especially football. Maybe those games are too personal or maybe we don’t know as much about the sport to ever be completely comfortable in covering it hence the writing about baseball. 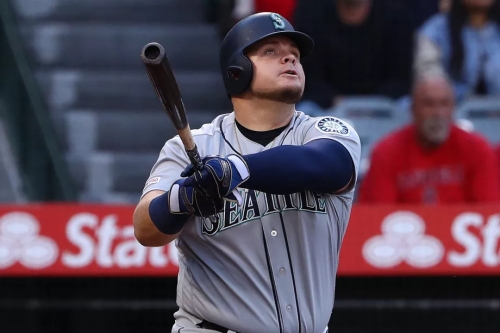 It’s all been good, weird fun. Having no expectations for a team can be a freeing experience for a sports fan. The four-hour games are always filled with twists and strange moments. The hitting approach has been a fresh sight. The bullpen has been pretty awful but it’s fun to laugh at. Before the season began, I was annoyed at the ‘Step Back’ because of the wide open AL Wild Card. I believe that the team Jerry blew up would have been the fifth best team in the AL and probably could have snuck into the playoffs. I still believe that but I’ll freely admit that watching this team has been more fun.

I have problems with the Mariners Front Office, ownership and coaches. Even with a hot start, I think they’re better at talking about how smart they are than actually showing those skills off. But that’s a post for another day. As the first Mariners off-day in a few weeks come to a close, it’s time to look at some of the weirdest numbers a baseball team could put up. Most of these statistics are WAR (Fangraphs) based and I completely understand that this is an absurdly small sample size. But our stated goal is to have fun with numbers, not to look at numbers then add caveats to be annoying. The 2019 Mariners aren’t here for your negativity! They’re here for dingers and spitting in Rob Manfred’s dumb pace-of-game initiatives. To the numbers based bullet points!

I’m fully aware that the Mariners could come crashing down as soon as tomorrow. The offensive output has been bonkers and the starting pitching has been surprisingly decent. Maybe this post is the jinx they need to start sucking. Or maybe they’ll just keep hitting dingers.

It’s summer in Seattle and the Mariners are in the middle of another depressing season.  I actually think they have the pieces to turn it around and finish near the .500 range, if their luck would ever turn.  I’m also starting to think this might be one of those years where nothing goes right.  Regardless, when the offense is this bad, they’re hard to watch.

So once again, I find myself paying more attention to the Mariners’ minor leaguers, the one place where the outlook for Jack Zduriencik’s Mariners is always hopeful.  Betweens call-ups, promotions and the draft, a lot has happened lately.

This is old news now, but there’s a little data that’s worth discussing.  Franklin has been quite solid.  He’s at .277/.362/.494, which would be pretty phenomenal if he could maintain it.  His defense looks prettier than Dustin Ackley’s but isn’t as consistently reliable, at least to my eyes.  Zunino is showing some of the expected struggles with the bat, hitting below .200 with corresponding power and on-base numbers.  His power is consistently apparent, but he’s not quite squaring up the ball well enough to get it out.  I don’t see anything that makes me worried for his future, although I wonder how long they’d let him struggle before they’d send him down.  His defense is excellent, and I imagine it will keep him in Seattle for quite some time.  While it’s far too early to say definitively, both look like line-up regulars for years to come.

Ackley, Others to Return Soon?

Since going down to Tacoma, Dustin Ackley has been hitting around .400, with OBA and Slugging % around .500.  He’s done everything they could ask, including spending most of his time in the outfield.  That isn’t necessarily a permanent move, but it gives him an avenue back to Seattle for this season.  Rumors are he’s working on some mechanical fixes, including shortening his stride.  True or not, I’d expect to see him back around the all-star break, if not sooner. END_OF_DOCUMENT_TOKEN_TO_BE_REPLACED

Mariners Win in Texas, Which Does Not Usually Happen

We don’t do game recaps at the GGS Blog, because quite honestly it takes a huge committment, and when Jeff Sullivan at http://www.lookoutlanding.com writes pure gold after every Mariners game, why try to top that? But after last night’s win, I have to do a mini recap because all things considered, it may be the sweetest victory we have all year.

Entering the 8th inning, down 3-0, the Mariners win expectancy was around 8% according to gamecast. Overcoming those odds is hard enough, but to do so in Texas where you’ve won once in the past dozen games, against perhaps the best team in baseball, that win expectancy may as well been 1%. But, the M’s got a run in the 8th, and in the 9th a single by Smoak, doubles by Seager and Saunders, and finally a bloop single by Jaso after a gutsy stolen base, was the recipe for 3 runs and an improbable 4-3 win was ours after BLT shut em’ down in the 9th. 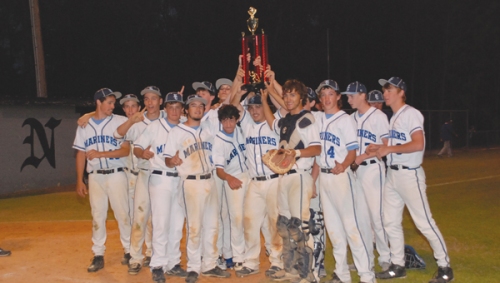 Today the Rangers and M’s meet again. Once again, Texas will have the edge in nearly every category. A win today would mean a 2-2 split and I’d probably do something drastic like buy a Figgins jersey. Either way, the M’s will finally arrive in Seattle tonight, with no worse than a 4-4 record. This is pretty great considering those 8 games were in 3 time zones, spread across 2 weeks. This team intrigues me, which I was expecting, and because it is still only April, I can’t resist thoughts of contending into the summer. I doubt this will happen, and some fans will hit the point where investing their time, money, and emotions is not worth following a .500 or below team, but I don’t see myself losing full interest, because the youth is just so dang fun to watch. This statement will upset my wife, who is way too rational to get excited about 1 game in a 162 game season. To her I say enjoy your hockey, where half the league makes the playoffs and yet they still play 82 regular season games. And then she’s like, ya well baseball is boring, and I’m like well at least its played outside! Thats typically how it goes 🙂

Lastly, there aren’t many guys on my bad list right now, although it doesn’t take much to get on it quickly. Currently, Miguel Olivo has a permanent spot reserved, Chone Figgins is working his way off it, and Brendan Ryan is somewhere in between. Steve Delabar gave up back to back jacks last night, but come on, its Delabar, you have to be cold to have him on your bad list. Back to Olivo, why is he on this team? I understand he led the team with 19 HR last year, and he has good repoire with the pitchers, but lets quickly review who Miguel Olivo is at this point. He is a 33 year old .220 hitter with zero plate discipline, bad defense, and in the final year of his contract. He’s a nice guy and all, but should he be occupying a spot on this roster, when you have Jaso, Montero, and Adam Moore that could handle the catching duties? Am I missing something? Back to the plate discipline. Since 2010, only Pablo Sandoval has a higher swing %, and only Mark Reynolds has a lower contact %. Miguel Olivo swings and misses at 20% of the pitches he sees. That leads all hitters and its not even close. Olivo strikes out in 28% of his at bats, and draws a walk 4% of the time. Both rank in the bottom 10 in baseball. Miguel Olivo, why are you on this team??!!!!

Sorry to put a stain on this post, but it felt good to express my joy in last night’s game, and also my disgust for Miguel Olivo, and this blog post is all about me and I’m a good guy and so deal with it. Enjoy the sun today and hopefully a Mariners win!