As Matthew and Staind have said, it’s been a while.  What is the best way for us to get the good times rolling again here on the blog?  A thoughtful piece on what it will be like when playoff baseball makes its way back to Seattle?  That sounds nice, but no.  A thorough recap and discussion on the Mariners off-season?  That would make too much sense.  A season preview?  That’s coming.  After much contemplating the best way to welcome ourselves (the Good Guys) back to the internet while showing off our incredible knowledge and writing skills is… A list! Why wax poetic when I can write a post inspired by scribbles someone takes to the grocery store?

Okay, okay.  I admit, this is the easy way out.  But, each and every day that April 6th creeps closer brings more and more thoughts of why I’m excited about the Mariners season.  That’s exactly what this list is – reasons why I’m excited about the Mariners season.  These are in no particular order and some may be more general baseball reasons.  Others might be things that I’ve missed watching the Mariners do since last September.  Get off my back, I’m a little rusty when it comes to writing about sports!  Before the list, here’s a song called Reasons Why.  It’s about a break-up, not baseball.

Without further ado, here’s my list of reasons why I’m excited for the Mariners season (presented in bullet-hole format in honor of Jeff Sullivan’s late, great game recaps).

There’s more but you have to be getting bored at this point.  Add your own in the comments!  Go M’s! 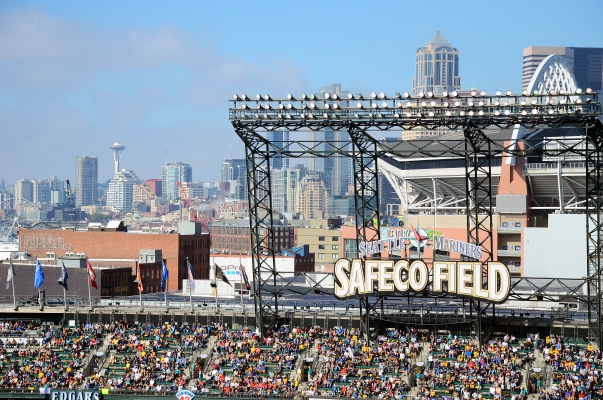