EDIT:  I should have paid better attention but Matthew wrote a post right below this one that you should go read.  It is much more informative than reading about mascots.  Here is the link if you don’t like to scroll.

The first week of Pac-12 play brought a few exciting games, a bad loss, and mostly predictability.  This week, we get our first conference game, a slew of uninteresting non-conference games and hopefully some awesome mascots!  Now, for your second installment of 2013…. Let’s get to the mascot post!

Until we get in to full-on conference play, I will simply just pit each game’s mascot against each other in a fight.  Using a very scientific method, I will determine which one will win and I’d recommend (if you’re the betting type) placing your money on that team.  We all know that the tougher mascot determines the better football team.  I’m sorry if I don’t like your school’s mascot.  I’m not actually.

So, some people think bees/hornets are fairly evil.  My wife visibly gets flustered and sometimes lets out a scream when a hornet or bee gets near her.  She’s not alone in that.  Now, how do you think she would do if the devil came near her?  Now, this isn’t a contest to see what is the most intimidating thing but intimidation is built on fear.  Do you think the devil would be afraid of a hornet?  Not a chance.  If the hornet is even capable of having fear, it probably wouldn’t enjoy being around the devil.  Hornets are a formidable, annoying thing but they ran into one of the toughest battles out there.  Sun Devils flick the Hornets aside. 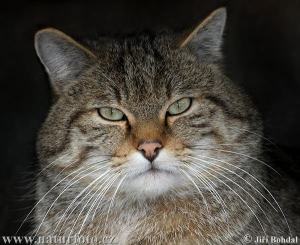 This is one of the first images that shows up when you search “Wildcat” on Google. This is many peoples mascot… Idiots.

YOU HAVE TO BE KIDDING!  MORE FREAKING WILDCATS?! Last week brought two teams with this wimpy mascot and so does this week.  A wildcat is slightly more terrifying than a house cat.  It’s not terrifying at all.  Ban the Wildcat!  Ban the Wildcat!  The Utes were a Native American tribe that is well-respected.  The Ute skins the Wildcat alive and then cooks it over a fire while receiving nothing more than a scratch.

What a ridiculous match-up.  Let’s turn to our friend, Dictionary.com to help us sort this out.

cav·a·lier
ˌkavəˈli(ə)r
noun
1.a supporter of King Charles I in the English Civil War.
2.a small spaniel of a breed with a moderately long, noncurly, silky coat.
duck

dək
noun
1.a waterbird with a broad blunt bill, short legs, webbed feet, and a waddling gait.
2.a pure white thin-shelled bivalve mollusk found off the Atlantic coasts of America.
Umm…  Virginia was named the Cavaliers because there were a lot English people in Virginia in 1888, apparently.  Take a quick look at the second definition of each word.  That doesn’t bring any clarity to this situation.  Do we pick the waterbird or the King Charles supporter?  For years, humans and ducks have lived in harmony aside from some people duck hunting.  I’m giving the slight edge to the Cavaliers because I ate duck on Sunday.  Credit to the Ducks for scheduling a confederate soldier and a British supporter in their first two games though.
Portland State Vikings vs. California Golden Bears – Saturday 2 P.M.
Last year, I got confused and wrongly called Portland State the Pilots.  I would like to take this moment to publicly apologize for that comment.  Now, for this match-up we have something special.  These are two mascots that have gone extinct in the real world.  While this does happen, it’s not a regularity and indeed makes this special.  If these two were alive, this would be quite a match-up.  A Scandinavian Pirate against a bear that is fairly closely related to a grizzly?  I’ll buy a ticket to that any day.  If life has taught me one thing, it’s to not mess with pirates so… The Vikings win a close one while losing an arm or two thanks to the bear.
Hawaii Rainbow Warriors vs. Oregon State Beavers – 5 P.M.
The Rainbow Warriors make another appearance this week and come against the beavers.  There’s not much commentary to add to this fight.  A beaver might be able to gnaw on someone’s ankles but a rainbow warrior would have a spear.  Beavers are taken down by the Rainbow Warriors because of a spear sticking out of its furry back.
Central Arkansas Bears vs. Colorado Buffaloes – 5 P.M.
Now, this is intriguing!  It’s a tough one to choose and not in the way choosing between a waterbird and a King Charles supporter was.  If a buffalo charged at a bear I am extremely curious as to what would happen.  Would the bear simply step out-of-the-way and make a counter-run at the buffalo?  Would the bear hold his ground and try to take the buffalo horns on?  Would the buffalo send the bear flying back and then proceed to stomp on it?  I feel like I should mention that Central Arkansas is often referred to as the ‘Sugar Bears’.  I don’t know what that means.  If life has taught me one thing, it’s to not mess with a buffalo.  Buffaloes beat the Bears barely (alliteration), mostly because I like it when that buffalo runs out onto the field.
Arizona Wildcats vs. UNLV Rebels – 7:30 P.M.
You already know where I’m going with this.  The only intrigue here is what the rebels are rebelling from.  It is interesting a team from Las Vegas is called the Rebels and I do like it when the mascot name has a connection to the city.  Because of that, I’m a fan of the Rebel mascot, even with it being nondescript.  Wildcats are dumb.  Rebels stomp on the Wildcats until they die.
Washington State Cougars vs. USC Trojans – 7:30 P.M.
Our first conference game gives us a nice human vs. animal fight.  Cougars are quite frightening even if you have a sword, I’m guessing.  Trojans would be able to stand a few attacks because of that armor they wear.  Speaking of Trojans, it’s cool that they’re called that and play in the Coliseum.  Home field advantage doesn’t often isn’t considered in these fights but since the Cougars will be placed into the Coliseum with the Trojans I’m guessing the humans stand a much better chance than if they were out in the wild.  The home field comes advantage comes into effect for the first time ever in the mascot posts, as the Trojans barely kill the Cougars.
San Jose Spartans vs. Stanford Cardinal – 8 P.M.
Oh, Stanford how I missed you.  Stanford’s mascot has a confusing history but all you need to know is they are named after a color.  Because I refuse to put a color in the mascot battles, I use the tree that they have dressed up as their mascot.  It is easy to make fun of a tree because almost everything can take it down or get on it aside from a Wildcat.  It is awesome to have a tree and a beaver in the same conference.  As far as the Spartans go, I count them in the same light as Trojans.  Mighty warriors and such.  I think Spartans could figure out a way to chop down a tree.